The school has three sports instructors to train the children in sporting activities and these are the people who have proved their mettle in the field of sports.

The head of the Sports Department is Mr. Balakrishnan. He is an Ex - serviceman who has served the Indian Army as a Captain for the past 32 years. He is also an international athlete who has earned a name as the coach for the Indian relay team in the Asian Games under category hurdles and 4 × 100 meter relay. Apart from this Mr Balakrishna had the privilege of coaching the Indian team for sprint and jump and has also produced national and international Olympians during his tenure.

Indeed it is a matter of pride for us that over the years, under the coaching and guidance of him, our students have participated at the national level in 100 meters and 4 × 100 meter relay, which have helped them bag several prizes.

Capt Balakrishna has been with St Michael’s for over 10 years now.

Mrs. Divya is a national medalist who has been recognized for her skill in rowing. She has been a part of St. Michael’s family for the past 5 years.

The school is indeed very proud to have such good and successful P.T instructors whose relentless efforts and contributions have uplifted the reputation of the school in the field of sports.

Keeping in mind the expression, ‘Healthy mind is a healthy body’, the school has made yoga education an imperative part of its curriculum. All children practice some form of yoga for a few minutes each day while the high school students have yoga classes as a part of the weekly schedule.

We live in times, where parents have two key concerns about their children – their physical safety and health. Encouraging children to learn karate addresses both these problems to a great extent. Thus teaching martial arts like karate not only helps the child to defend him/her but it also prepares the child to face the future with confidence. Karate classes are offered to interested students after school hours. 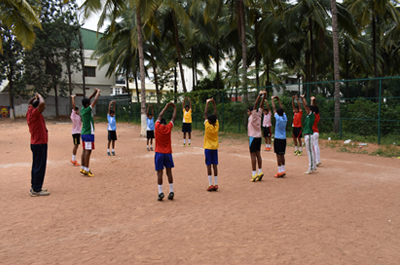 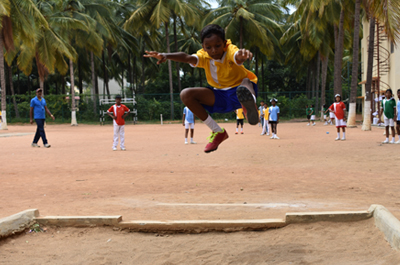 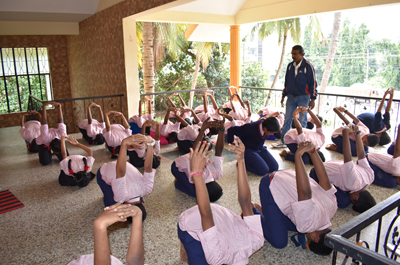